In today’s world it seems to be all about supersizing and getting to the ultimate goal faster. New farming practices create beef cows that grow to full size 20% faster and salmon that are ready for use twice as fast as their wild counterparts. There are cows that produce 15% more milk because of some of these practices. Some of it comes from genetic engineering, such as the AquAdvantage salmon that undergoes genetic engineering to boost the growth hormone. However, some comes from the use of growth hormones directly given to the animals. The key to these increases all come from boosting the growth hormone. Does that mean when you consume these as food, whether the milk or the actual animal, you’ll get a dose of the same hormone? Should you worry about hormones in food?

The FDA and the Food Industry agree.

Both say there is no harm in consuming these substances, but this is also the same agency that took 40 years to find out that trans fats are bad for you. As for the food industry, it’s their dime you’re talking about and they aren’t about to stop the use of hormones that have increased production of food and made farming more profitable. So what can you believe? Eating second hand hormones sounds a bit frightening, but is there any studies that show it has a nefarious effect on the body?

One thing leads to another when it comes to hormones.

The hormones given to cows to increase milk is rBGH—recombinant bovine growth hormone. It’s a synthetic cow hormone that shows no effect in humans and won’t harm your health. But it does trigger the production of IGF-1—insulin-like growth factor. That has the negative effects caused by human growth hormones and is as much as ten times higher in milk from cows given rBGH. The negative effects of too much of this in the blood include a 50% increase in the risk of prostate cancer and a 65% increase in the risk of hormone-dependent premenopausal breast cancer than people with low levels of it in the blood.

There are other hormones used in raising food.

Sex hormones have been used in raising cattle for over a half century. The hormone used is primarily estrogen. Unless the beef is labeled organic, most cattle receive an implant that goes behind their ear and creates a delivery system for the hormone. Just as antibiotics are given to chickens and pigs, as well as cattle, these hormones make the animals grow faster, but could also be responsible for the increasing pattern of earlier and earlier onset of puberty in children. 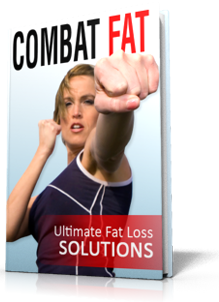